Empire Selling’s mission is particularly relevant today. They are all about bringing compassion, transparency, and trust back to the sales process.

Before diving into the data, Dan and Jim shared how their working from home schedules have shifted.

“I’ve never worked from home,” said Dan, “not once in 20 years. My wife works full time too and we’re homeschooling.” He said that this is now the norm for most people. So, when you’re connecting with prospects over the phone, it’s okay to be human about these challenges.

“It’s not just about what you say, it’s how you approach someone about yourself,” Dan added. “We’re seeing real Innovation on how sellers are engaging with buyers.”

Jim agreed. “As you’re looking to build pipeline and execute - I think we’re seeing some of the best selling we’ve seen in a decade.”

Slow down and take time to do your research

As Dan said, it’s about how you are approaching people now.

“We’re craving human connection,” said Dan. “This is something we’re teaching. How should you engage with people like me.” He’s a self-professed LinkedIn-er. As he should be, considering he launched their social selling functions.

“People take calls from people they trust. Teach people to slow down. Breathe. Look at what that company is going through. Are they furloughing a lot of people? Have their strategies changed?” He added, “Whoever you’re talking to is a human being. Look at the layers. Connect over what real experiences.”

Almost all companies have transitioned to digital-first connections. “We’re spending hours and hours on zoom,” he said. “Why not record thoughtful messages and engage with people in this way?”

We know that video works. And yet sales are still slow to use video in proposals or later stage sales.

“We’re learning how to be comfortable on video,” said Dan. “It’s hard. I recorded 37 takes on the first video I sent a few years ago. It’s a comfortability thing. The knee jerk reaction is to go to email. But when you connect to someone on LinkedIn, you should record a really thoughtful message.”

Using video later in the sales process can provide some unexpected but incredible results. “You know other people will get eyes on that proposal,” Dan said. “Do a quick video recap to those who were not on the call.”

Jim agreed and added: “When I would do a video intro to a proposal, I was always surprised that people high up would forward it. There was so much added exposure to the deal.”

The key is to use video for the right reasons and to the right person. If you’re sending content, send a video to explain why that buyer would benefit from reading that content. It’s a thoughtful intro and it’s human to human. “The open rate and the reason why they should talk to them is powerful,” Dan said.

The type of message that always relates: Human.

Dan said that he recommends to always lead with something human. “Keep the value statement short,” he said. “Attention span is not where it should be.”

In terms of outbound messaging, there are a few things that companies can invest in to ensure more engagement and more confidence in sending these video messages.

Dan suggests that companies - and SDR teams - slow down. “I hope that companies reflect and slow down. We have companies still saying do 100 calls a day. But let’s instead look at conversion rates. Let’s ask for connections for introductions. I’m not saying don't call. Instead, take a blended approach.”

Chorus reports that managers are increasing their actions taken on calls by 53% since COVID-19. This implies that they’re coaching, reviewing, and connecting more with their teams to ensure success. “They should’ve been coaching like this before the pandemic,” said Dan. “You should really be coaching in terms of how are you using your time each week. Scheduling calls, crafting messages, determining timing. Coach SDRs to use their time well. And allow your SDRs to come to you and let you know what’s working.”

Both Jim and Dan are office, person-to-person style leaders. But once we eventually reopen cities and offices, there will be a few lasting changes from this time of mass work-from-home.

“From a day perspective,” Dan said, “we have to know what our people’s schedules are. Your team is going to accept those 1:1 meetings, but that might be the worst time for them to accept a meeting. You have to talk to them, understand what their home and life situation is.” When they do their best work should not necessarily be when you schedule your 1:1s or catch up syncs.

“We see a lot of companies that really live and breathe this through our guidance,” he added. “If we can look at the 10 deals that are hot for the quarter - where are they getting stuck, who do we know - those are the kinds of things that are working. This allows AEs and SDRs to look across the org and reach out to executives to get a meeting.”

Sales leaders should champion, not take over

Prepping for meetings where there is increasingly higher leadership participation is key.

“This is where leaders are going to naturally take over calls and do it themselves,” said Dan. “The really good leaders will set their reps up for success. They’ll prepare beforehand about roles and such.”

This is an opportunity to teach these sellers to leverage their managers and teach managers to invest in the longer-term success of their teams. “Not to jump in, take over, and close the deals,” cautioned Dan. “People will get fed up and leave to other places where they can grow and learn.”

That being said, if a sales leader is brought into a call, they should have a role to play.

“AEs need to start the call and build rapport,” said Jim, “and then bring leaders on. Leaders should absolutely contribute to the conversation. It would be a miss if they didn’t.”

Dan agreed. “It’s important to determine roles beforehand because it looks like a waste of everyone’s time. Is it a good call to have your sales leader on? Maybe it’s not.”

If it’s not, reserve their participation for when it will be most impactful.

“Sometimes sales wants to prove that they’re on it,” said Jim. “But then leadership doesn’t have any air time. It’s getting the right balance.”

Dan added that you risk looking clunky if you haven’t prepped your internal team properly before these meetings. “I’ve seen many times in my career that you’re running so fast in the sales org, you end up having only 30 seconds before the call to prep. You haven’t got it at all because you haven’t had a chance to absorb the info. And the buyer knows, they can tell.”

“If the buyer feels your sales process is clunky,” he added, “they’re going to expect your customer experience is clunky too.”

Figure out your big rocks - nothing else matters

Ultimately, Dan left us with the advice to slow down. “Breathe. Take a moment. It helps reframe things. We all have these big rocks to move, and smaller rocks get in the way. Are you letting other small things get in your way? Look at your conversion rates and figure out what you need to do to be successful - nothing else matters.” 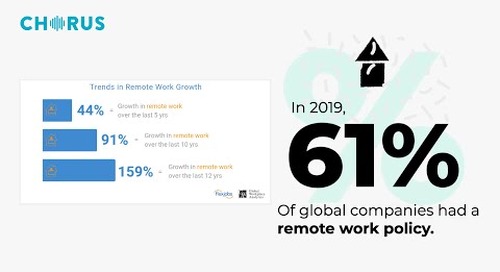 The Daily Briefing - May 21, 2020 - How Sales Leaders Can Gain the Competitive Edge

On today’s Daily Briefing, Jim Benton was joined by the VP of Sales from Guru, JJ Feroni. They discussed th... 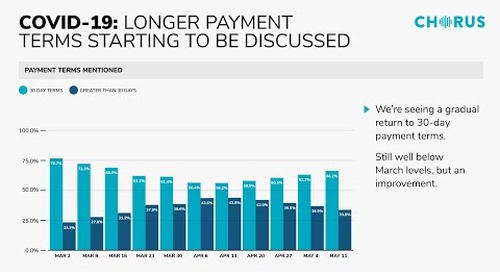 On today’s Daily Briefing, Jim Benton was joined by Dan Swift, the CEO of Empire Selling. They discussed th... 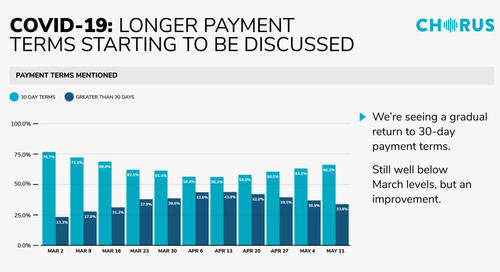