Home » Videos & Webinars » The Daily Briefing - May 8, 2020 - How to Motivate & Mentor the Next Generation in Sales
× Share this Video

In today’s Daily Briefing, Jim Benton was joined by Lars Nilsson, Founder and CEO at SalesSource. They discussed how outbound teams can adapt their messaging to cut through the noise, and the benefits of mentorship. *Dials are more effective than emails* Outbound activity is down, but connect rates are holding steady. People are willing to connect, and it is likely that outbound teams are reaching out more targetedly, increasing their efficiency. Efficient outbound activity is about who you are reaching out to, and how. Our inboxes are flooded, which means there’s more noise to cut through. “Emails are way more down than calls are,” said Lars. “The phone is working more than emails are. The phone is more relevant than ever before.” It’s not always clear which platform is the best for each prospect, but consistency matters. “You don’t know if the person you’re reaching out to resonates more with phone, email, or social touch, so you have to do them all,” said Lars. “At SalesSource, we help companies set up their outbound sequences. When I was at Cloudera, we did 3 - 5 email touch patterns over a week and a half. Now we’ve found that they’re more effective over a few weeks.” And with a lot of different kinds of touchpoints. “It’s going to be 25 touchpoints by the end of it. You have to stay in there. That’s the beauty of sales engagement - orchestrating all of this.” Making sure that outbound teams are targeting the right people, with the right message is key. You have to believe in your solution. “The company we reach out to, we have to believe in our heart of hearts that they have a problem we can solve. And it has to be the right persona. Are we targeting the people who will be part of the deal eventually.” said Lars. *Extreme value and ROI* As deals come under more scrutiny, revenue teams need to level up their conversations to match the leaders who will inevitably join their calls. “Most deals are getting scrutinized by the CFO,” said Lars. “If you’re trying to sell something, and you can’t prove extreme value - I’m talking 10x or 20x ROI - then it’s not worth it for them to make the change.” Lars recommended that sales teams come prepared with an ROI calculator. “Bring it into the qualification discussion, and run it with their data,” he said. You have to prove the enablement, the onboarding, the quicker ramp time and development factors. “Conversation intelligence is a must have for a young up and comer or a tenured sales person to learn from each other,” said Lars. “Everyone wants to benchmark themselves, they want to get better.” Jim agreed. “Staying connected to remote teams is immediately important right now.” *Learn from failure and follow up* Lars shared his passion for mentorship. He encouraged leaders to consider becoming a mentor, and sales professionals to seek a mentor. “We all learn from failure,” said Lars. “If you can take five of your failures and find someone who can help you learn from them, then do it. You have to have the courage to ask.” There’s a distinction between coaching and mentoring. Both are necessary to make a sales person - and a sales team - successful. “Frontline leaders are the heroes in sales,” said Lars. “Frontline managers need to coach. They need to lead from the front - get on the phone and show them how it’s done. The most impressive thing for me is when a Frontline manager can get on a call and show their team.” When you start to build what best looks like, you can create a best practices playbook. Lars calls theirs their Hall of Fame. In the past, Lars would manually keep track of everything. “At the end of the month I could show my global SDR team was having thousands of calls. If I had access to Chorus back then…!” He mused. Reaching out to a mentor can seem daunting, but that first brave step of asking for help will take a sales person into new, uncharted territory in their career. Lars had some advice for sales professionals looking for an internal team mentor: Find someone who you’ve spent 6 - 9 months with Ask them boldly what you want them to be your mentor, and why Set an agenda each time you meet Make them feel good - let them know that there’s a reason why you picked them, and why you’re excited to learn from them There’s another kind of mentor; one that Lars admits is vastly more influential over a person’s life: The external mentor. “The external mentor is the career and life mentor,” he said. “This could be someone in your family or your network. They’re at the dusk of their career. They’re going to be there with you throughout your career.” Jim agreed, “They can be especially powerful if they’ve been in a role you ultimately want.” 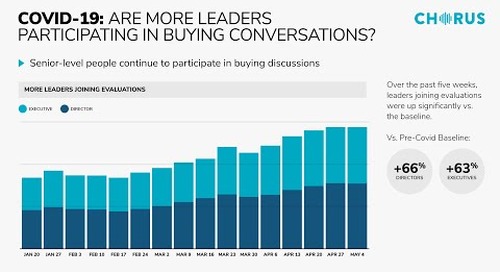 The Daily Briefing - May 11, 2020 - Revenue Leaders Support Teams While Deals Have Higher Scrutiny

In today’s Daily Briefing, Jim Benton was joined by Olivier L'Abbé, President of Metadata.io. They discusse... 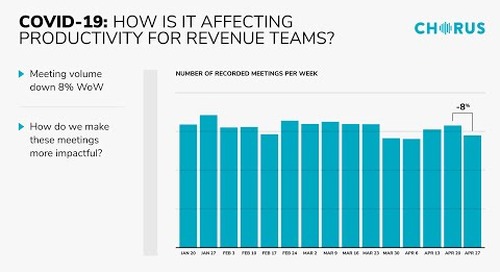 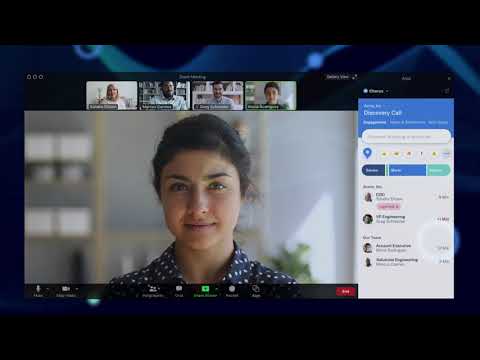 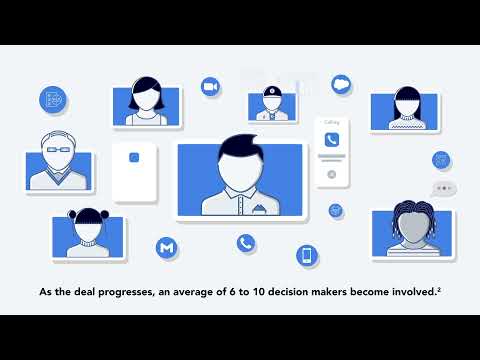 1:08
Learn all about Momentum by Chorus (in about a minute)

In just about a minute, learn why Momentum by Chorus can be a game-changer for your Revenue org. Interested in a free demo? https://www.chorus.ai/product/momentum 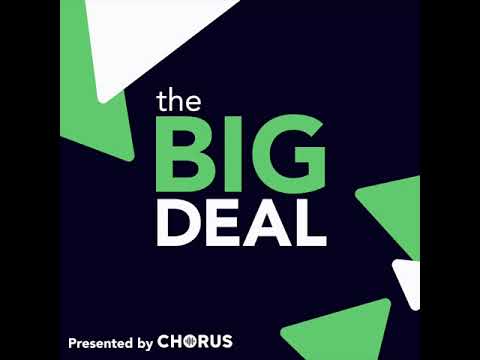 The Big Deal asks sales reps and entrepreneurs a simple question: What's the story behind the most important deal of your life? While the question is straight-forward, the answers are surprisingly en 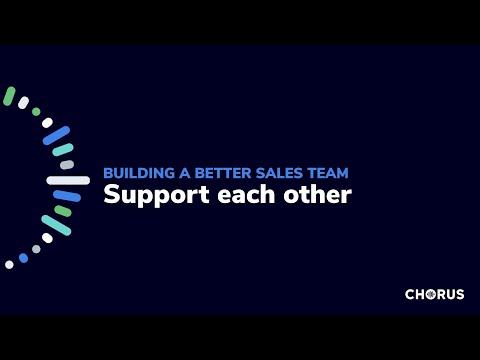 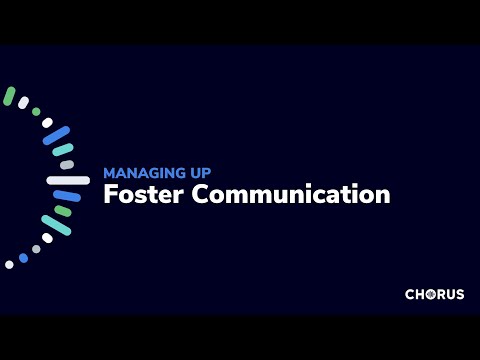 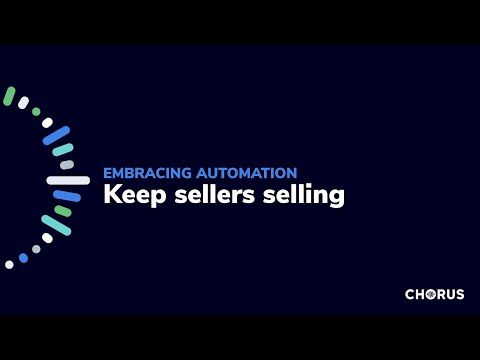 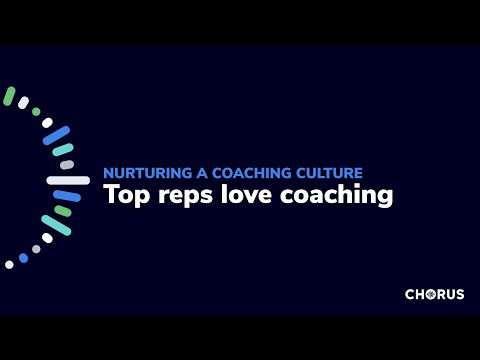 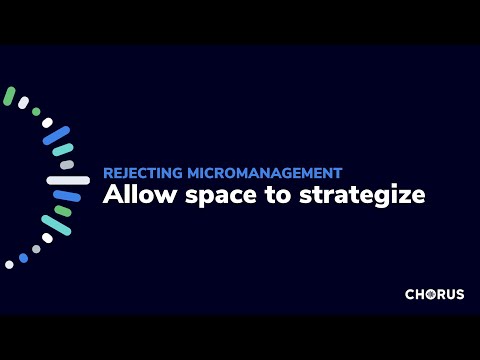 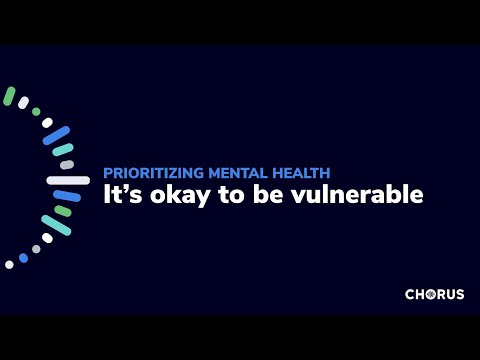 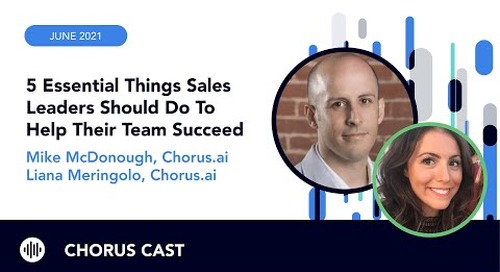 58:17
5 essential things sales leaders should do to help their team succeed

Kicking off of our monthly Chorus Cast series is Mike McDonough, RVP Midmarket Sales, and Liana Meringolo, Strategic Account Executive. After several years as a Regional VP, Mike shares the 5 most im 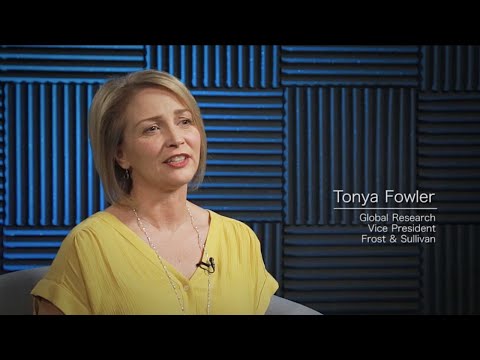 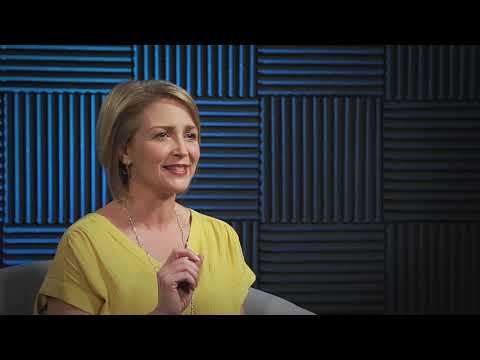 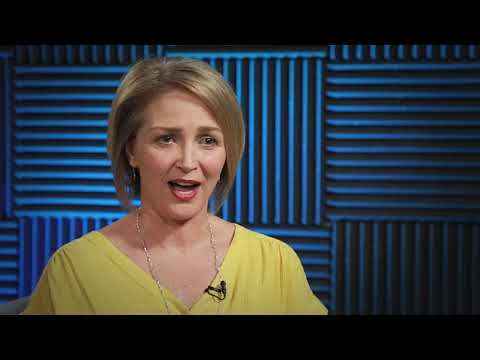 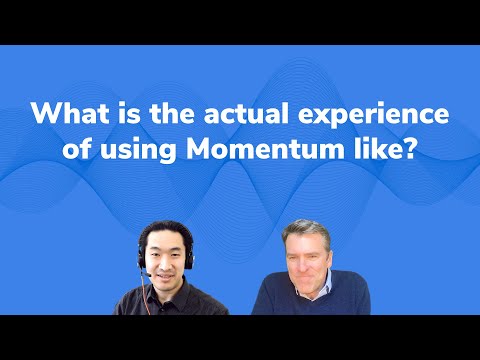 1:07
What is the actual experience of using Momentum like? 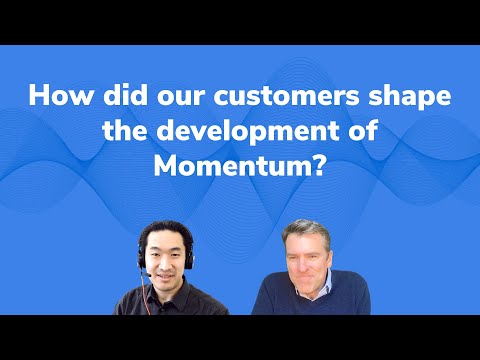 1:53
How did our customers shape the development of Momentum? 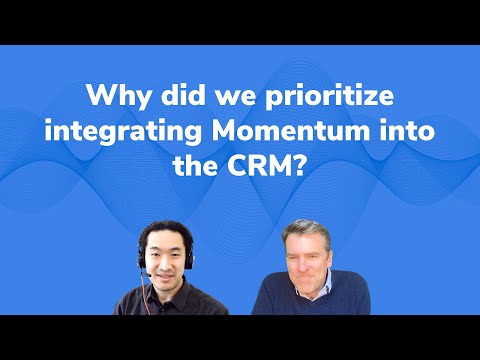 1:48
Why did we prioritize integrating Momentum into the CRM? 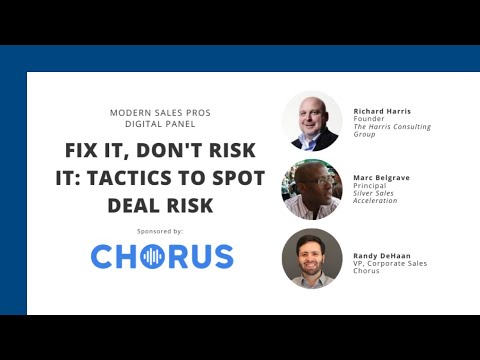 In this Modern Sales Pros panel, Richard Harris, Marc Belgrave, and Randy DeHaan tackle the following topics: • How to identify triggers in each stage of the sales process that block deals • Sifting 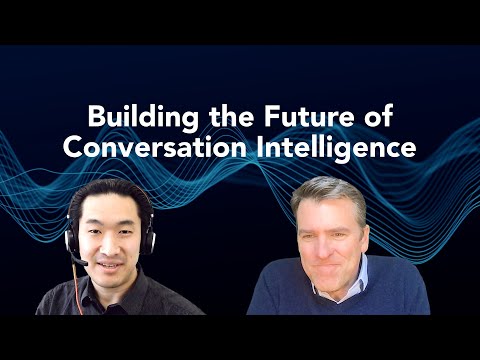 14:10
Building the Future of Conversation Intelligence

To mark the launch of Momentum, Chorus CEO Jim Benton sits down with Head of Product Kohki Yamaguchi. They discuss why Momentum is a game changer for Revenue teams, the customer insights that shaped d 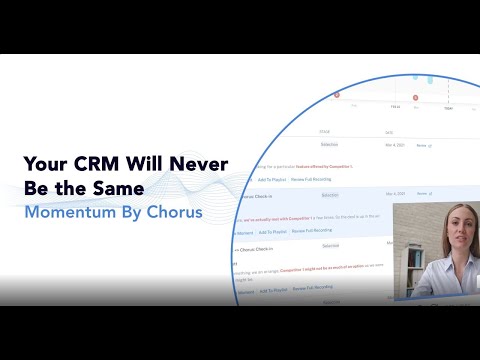 Get complete visibility into where your relationships are headed and what you need to do to move the needle. Chorus will give you insight into the momentum behind every interaction, so you can instant